Should teaching history be history? 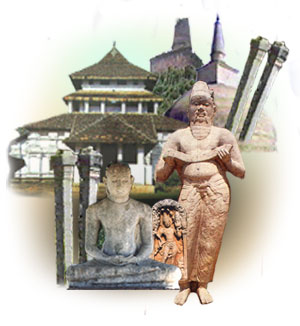 While we in Sri Lanka make big noises about reintroducing history to the school curriculum, in UK they plan to take history out for A/Ls.Â

Does history matter anymore? If so why? If not why? It would be an interesting topic to discuss.Â

This is what came in BBC today:Â

The future of history as an A-level is being threatened with replacement by “soft subjects” like media studies, the head of an examiners’ body has said.Â

Katherine Tattersall of the Chartered Institute of Educational Assessors, said that history was in decline as it was not compulsory for pupils over 14.Â

She said it was one of the subjects at risk, along with geography and modern languages.Â

The Department for Children, Schools and Families rejected the claim.Â

It also said that pupils lacked an overview of world history and that the subject was too England-focused.Â

Take-up of the subject and others, such as modern foreign languages and geography, is likely to show a decline again when A-level and GCSE results are published this month.Â

Ms Tattersall told the Independent newspaper: “History is disappearing because it is no longer a requirement of the national curriculum for 14 to 16-year-olds. It is just one of the subjects that is at risk.Â

“History is also disappearing into the new citizenship, which is being promoted by the government.”Â

She also said that subjects like photography and media studies had become growth areas in the past few years because they were the kind of subjects needed for a job.Â

Her comments reflect earlier warnings from the Historical Association.Â

“In effect, time for history is reduced by a third and the age at which pupils no longer study the subject falls to 13.”Â

A DCSF spokesman said it was important that pupils had a good overview of history.Â

“We don’t agree that history A-level may ‘become a thing of the past’ – last year saw a record number of pupils taking history exams with nearly a quarter of a million entries.Â

“Ofsted states that it is one of the best taught subjects. Standards in history compare well with other subjects and are improving – at A-level, 75% of candidates achieved an A-C grade compared with an average for all subjects of 71%.”Â