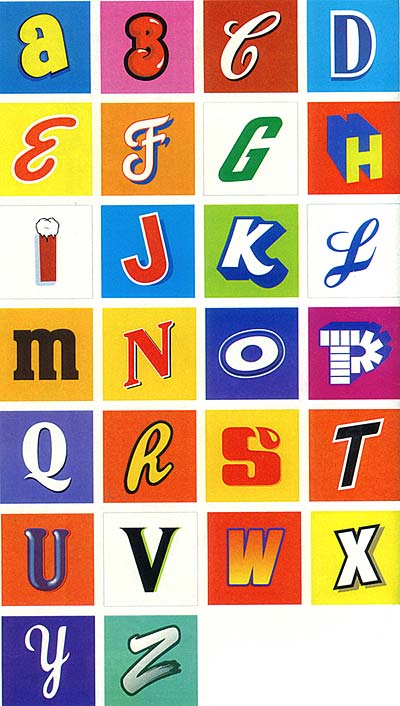 When did the Sri Lankans (before that the Ceylonese) start learning the language of the British? Maybe from the 1790s or the early 1800s! We have at least had an exposure to this funny language for 200 years.The following account from â€œA Short History of Lankaâ€ by H.W.Codrington will provide more evidence to the reader that the then inhabitants of Lanka would have had even an earlier exposure! â€œThe Maritime Provinces of Lanka were now in the possession of the British.

The first Englishman who is known to have lived in the Island was the Franciscan friar Andrew, who laboured in the North and lost his life there at the hands of the Hindus in 1627 or 1628. Another was the master gunner in the Kandyan service who was killed at the `Great Stockadeâ€™ in 1632.

Ralph Fitch had touched at Lanka early in 1589, and James Lancaster in 1592. But the Englishman best known is Robert Knox, who with his father, the captain of the Ann, and her crew was taken prisoner by the Kandyans in 1659, and after a captivity of twenty years escaped with one companion in 1679 he has left us a most complete and accurate account of the interior of the country.â€

Be that as it may, we have had enough opportunities to be masters of the English language which today is the foremost world language. Even after the first British Governor Frederick North established schools that taught English and there were many Ceylonese who learnt English, we have not been able to take English language to the far corners of our small island.

Clearly, it is an exercise mishandled by successive governments. Presently, of those who face English Language at the G.C.E Oâ€™ Level, it is just a mere 30 – 35% that passes the subject; but, it doesnâ€™t mean that all of them can use the language effectively. It must be a very small number of students who can read, speak and write with ease. If that is the case, it is not a happy situation.

On a closer analysis of the examination statistics, one can discern that those children who pass English at the Oâ€™ Levels come from a mere 500 – 600 schools out of 5200 odd schools that prepare children for their first major public examination where English Language can be taken.

There is something radically wrong in this national endeavour. At a time when there is a heavy demand for all sorts of skilled categories in all parts of the world, English has become the passport for entry into greener pastures. We talk about the global village and the Information Technology revolution that is transforming the world, but we are not issuing the necessary â€˜passportâ€™ to those who badly need it to become global citizens.

There are over 23,000 English teachers in the state education system. But, how many of them are trained to teach correct English is not known. But, they are for all purposes English teachers who have gone through some kind of specially designed programme, RELC, GELT, etc.

There are so many that one doesnâ€™t know how many such courses exist. Some bright spark in the Ministry of Education or the National Institute of Education will come up with a musical acronym and some methodology to improve English teaching skills of the teachers and pronto, we adopt it discarding all what we had been doing earlier.

With change of every government, our methodology of teaching English has also changed! This columnist strongly believes that the day we decided to close the Teacher Training Colleges (in the 1980â€™s), particularly the well known Maharagama TTC, we destroyed the strong English and Mathematics teaching cadres of our country. The National Colleges of Education that replaced the TTCs could never surpass the quality of the TTCs.

It is time for President Rajapaksa to put this sad story right. Sorry, Mr. President, we are asking you to manage the war, contain the cost of living, eradicate poverty, eliminate bribery and corruption, and all the other things that other ministers are neglecting to do, but we have no other recourse.

Please use your executive powers and in the same way you have successfully fought terrorism, lead the battle to teach English to our rural children. With your love for the rural poor, this battle too is yours to win.

We are not experts in teaching English or designing curricula. But we think that the general public in this country have a lot of common sense. The Brahmins in the Ministry of Education may pooh pooh these simple ideas, but Presidential authority can surely override all these impediments. If Presidential targets are given to the Ministry of Education, then we will have results.

The common sense approach would be to appoint a single, dedicated and capable person to lead this campaign. He or she must first identify schools that have a poor record in securing passes in English for their students. Thatâ€™s not too difficult; the Commissioner of Examinations will be able to provide the information. We guess this to be in the region of 4500 plus schools.

Ask each Zonal Director to provide an action plan for his zone, in consultation with the director in his office responsible for English. The aim should be simple; the number of English language passes in the zone must be increased by 5% at the 2009 G.C.E Oâ€™Level examination. Between now and then, teachersâ€™ English teaching abilities must be evaluated.

If the zonal director fails in this task, he or she must be made liable for some sort of penalty such as the salary increment being refused. Unless and until we have penalties for not doing what one should be doing, this nation will not prosper in anything.

The zonal offices, as I have said earlier, have a large staff, most probably with no specific job descriptions and clear targets to achieve. These targets for improving English competencies of children must be achieved by the designated staff and if they donâ€™t, there must be a penalty. We have to learn from our armed forces to work on specific projects and reach our targets.

If we do accept that competency in English will open doors of better employment for our rural children, let us embark on this literacy war and win it somehow. On the contrary, if we believe that English language competencies are not important for our rural children or for that matter all Sri Lankans, then let us not waste time teaching shoddy English to any of our children and waste our meagre resources. But if we do, let us win this war of the â€œkaduwaâ€.

If a national English learning drive were to be launched, this columnist believes the following methodology should be adopted and implemented with finesse, as if we would prepare for a battle.

Appointment of a â€œGeneralâ€ (battles which the Army engages in, are headed by Generals) to oversee the operation with definite outcomes ? Setting out the battle plan, deciding on the competencies (national level) children of different ages should attain (this must include speaking ability), Preparing and making available good teaching-learning material to both students and teachers, Conducting a national level examination that really tests the competencies at preliminary, middle and advanced level (a fine example is the examinations conducted by the Trinity and Royal Colleges of Music for which students are prepared by teachers in different countries).

City & Guilds have also immense experience in competency testing. The competencies to be tested could be incorporated into a well compiled syllabus and thoroughly publicized.

The National Television stations should hire competent English teaching professionals to prepare audio visual teaching-learning material to teach students islandwide. There are many business houses that will sponsor a programme of this nature as Corporate Social Responsibility. The programmes can be telecast using time slots that are convenient to the majority.

All these activities must be under the purview of the â€œGeneralâ€ for whom the victory in the battle will be when our rural children will be using English as a means of communication and using as a ladder for well paid employment.

As an earlier column written by this columnist revealed, there is a great need to revive our rural schools and along with such a revival, English language development must also be given much emphasis.

Language tethers us to the world; without it we spin like atoms. – Francois Duc de la Rochefoucauld